Jumanji : an adventure thrill and Fictional movie about a mysterious game which brings Dangerous incidents for the players to experiance .

The Moral  Side of the Game :

We notice that the cards has a little wisdom and a little karma to show players .

Meaning that sometimes it is wiser to stop moving becouse of the Dangerous wild animals in the jungle / Dangerous incidents in life .

And such wait is a training to children  when they face actual serious threats .

learning it the hard realistic way becouse jumanji is a game with no Mery .

it is a simulation to life itself .

Even when the little child cheated in the game he turned to a monkey.

Referring to karma that is no game itself .

Alan parrish : ” there are things that haunts you in the night , then something screams and you hope to God you will not meet the same fate “

The game is triggering and quite intense rising up to the level of horror movies without all the horror effects since that psychological aspect can be way more horrific .

Scary scenes of wild animals and earthquakes came fast and with full power, sound effects right after they used the dice .

Also the caveman and the soldier who kept shooting and following them.

All scary things coming out of the Game  could end if the dice read two but it did not becouse it is a matter of luck . 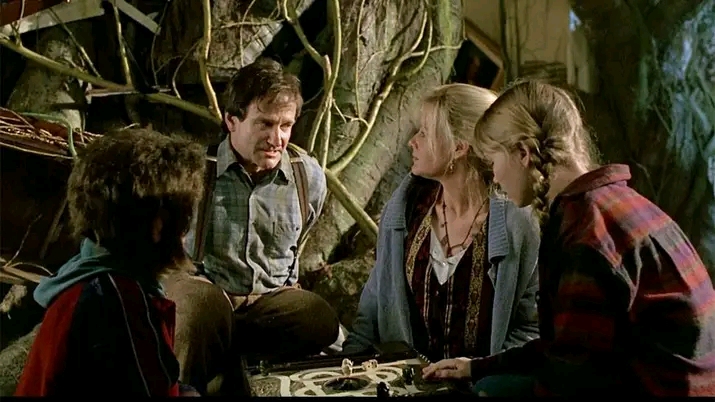 Only you know what you know :

No matter how much people know you , there can be a part that is beyond their understanding.

Not all people shall hold mystery but everyone knows his life and what he is about .

In the case of Alan he knew that he manifested all this , even the people who came from the game but can they understand it or know it ?! Only him knows that he is the creator and that just one lucky dice can make all misfortune disappear.

Fight with Honor even if you have to lose you will always be a winner :

bravery and integrity are values and morals of a man .

In language a man is a theme / symbolic word for such values , it does not mean masculinity or a sex type …sure language is way  wider than such literal interpretation or superficial meaning  .

Moral of the movie : Whatever happens you stand for what you believe is right , you finish what you started and face situations no matter how challenging they turn to  .

becouse situations don’t only show men , they make them . 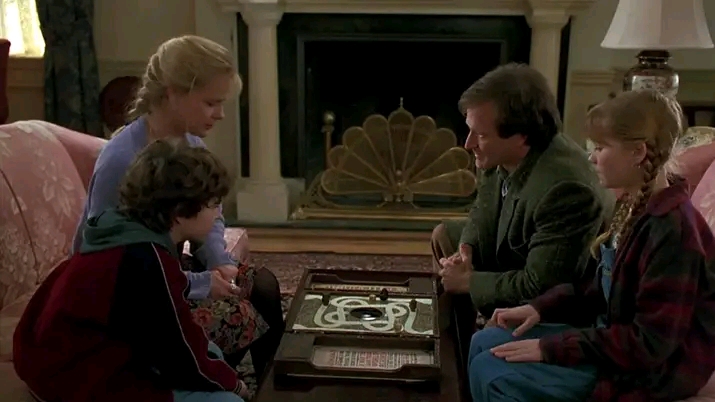