You can cry : a rap song about  compassion and  emotional support necessary in healthy connections and relations.

Vulnerability is not the same as weakness:

In one of the shows the host asked Jordan Peterson the famous  Canadian clinical psychologist if showing weakness can be a sign of strength.

he replied by replacing  the concept of weakness with vulnerability saying that it is a whole different thing.

He said ” to admit to the fact that you are vulnerable that is a whole different thing, it is a form of courage, it isn’t some facade that you are invulnerable, no one is invulnerable by any stretch of the imagination, and to stand up and face that is the best route that  you have”.

weakness is about not doing your homework.

Not taking a positive action in the right direction or backing off when you have to stand up.

It is preferring  shortcuts by neglecting truth for the sake of temporary solutions / painkillers that don’t last and can’t help on the long term.

it is laziness and surrendering to hardships

Not trying, not moving forward and not having the intention or the care necessary for growth.

refusing to take the necessary steps that can shift the situation or fix false ideas or incorrect believes.

While vulnerability is all about feeling all shades of feeling.

Accepting and living the downs just like the ups.

Welcoming the dark side of being a human which is embeded limitedness.

Embracing the softer side of the creature that is designed with the ability to carry both mercy and brutality. 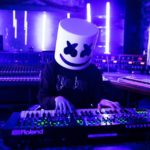 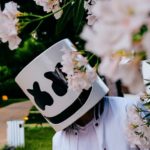 You have to cry :

The mind is such an arrogant organ that refuses to surrender to nature.

It may make us look stronger but internally sick and even more shakable and vulnerable even weak .

Becouse if the body is not going to speak its language and express its feelings it will hiddenly and secretly punish the mind.

It is a secret war that you can not win.

Becouse the body is programed to be loyal to the truth of your feelings, no matter how the mind messes up the  information.

But the thing is not all people consider opening up is a good gesture.

Some may use it against you , it happens.

Some blames you for even having feelings at all.

And some are just not used to feel so they can not see the benefits of opening up in themselves and ofcourse in others.

Emotional Support and Empathy is the cure to anything:

Some one once said there is nothing that empathy can not heal.

Empathy is the ability to jump energetically  in the situation and be present in the feeling of another, almost like sharing.

Empathy is very connected to care except for that Empathy is a care  from the nervous system.

sometimes it is from the mind itself and its  believes of the importance of practicing genuine compassion.

In healthy relations and healthy societies, you can cry without being judged or blamed.

Intimacy is about sharing vulnerabilities while feeling safe, appreciated and understood.

The song lyrics expresses the best words one can say to support another emotionally.

You can cry on my shoulder

All the pain is finally over you can close your eyes.